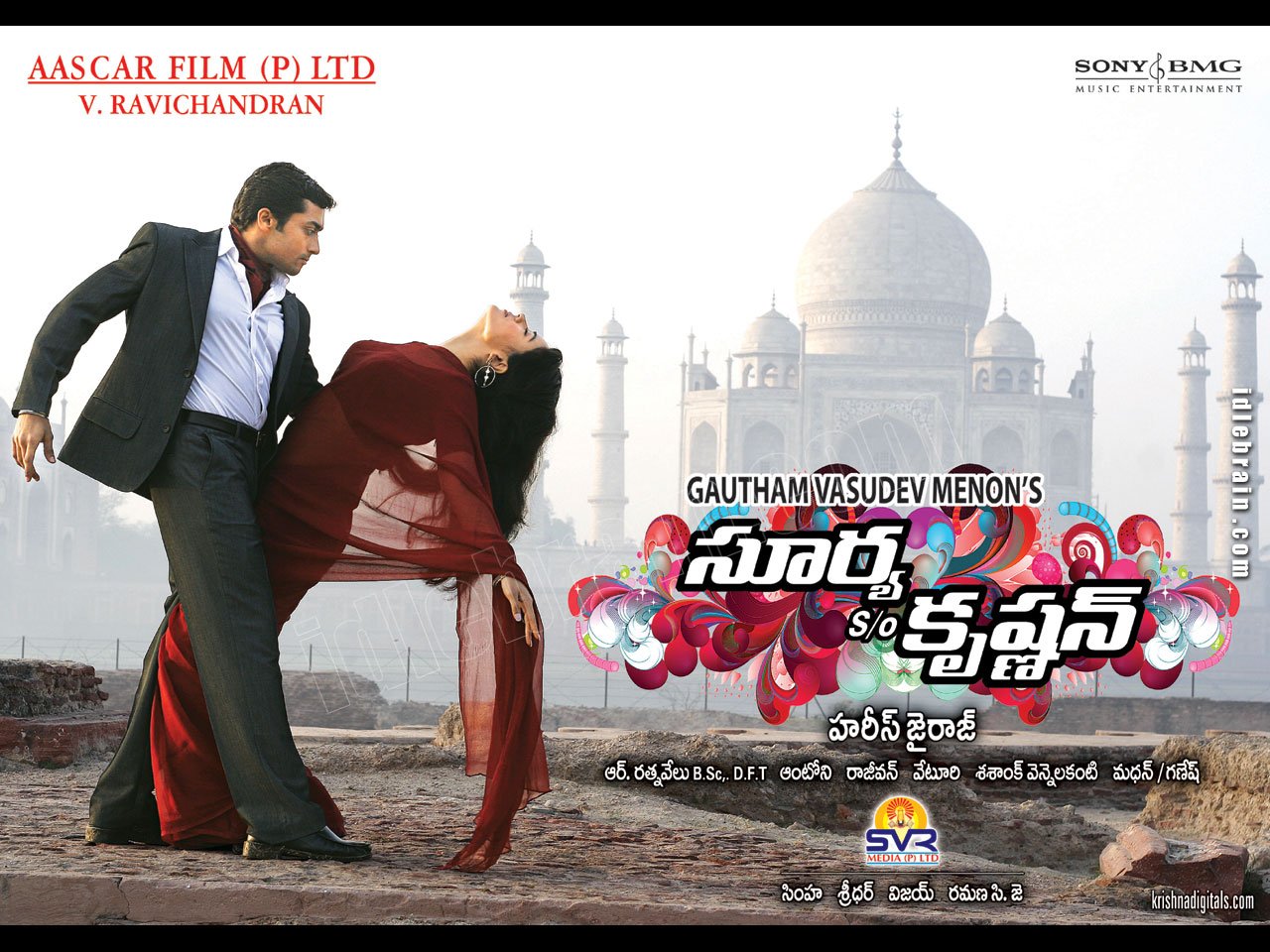 Suraya S/o Krishnan is a 2008 Telugu-language romantic drama film written and directed by Gautham Vasudev Menon and produced by Venu Ravichandran of Aascar Films. The film stars Suriya in dual lead roles as father and son, with Simran, Divya Spandana, and Sameera Reddy in lead roles, and it the latter in her Tamil debut.