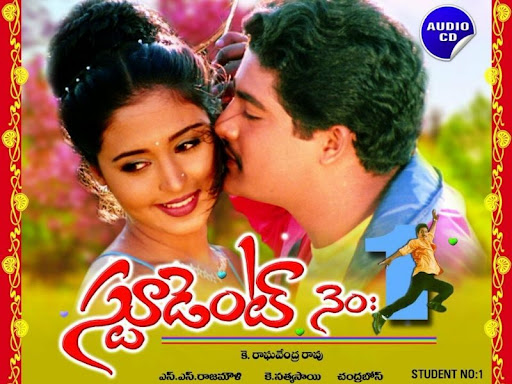 Student No.1 is a 2001 Indian Telugu-language coming of age action film starring N. T. Rama Rao Jr. and Gajala. The film marked the debut of Tollywood director S.S. Rajamouli. This film turned out to be a blockbuster at the Box office. It is considered to be the breakthrough of N. T. Rama Rao Jr. and fetched him many accolades.