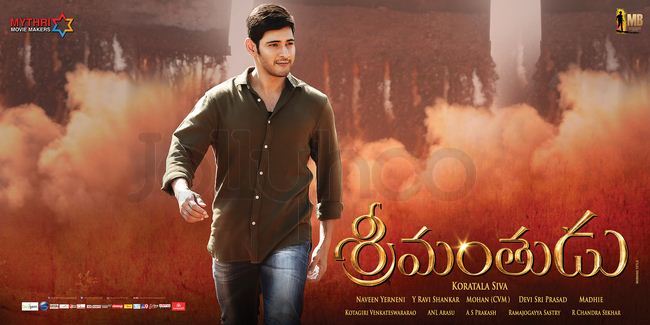 Srimanthudu is a Super Star Mahesh babu starred Telugu movie released on 7 August 2015. The movie was Written & Directed by Koratala Siva. The film is produced by Mythri Movie Makers and G. Mahesh Babu Entertainment Pvt. Ltd. All the songs in the album were hit at the time and all of them are composed by Rock Star DSP Devi Sri Prasad.