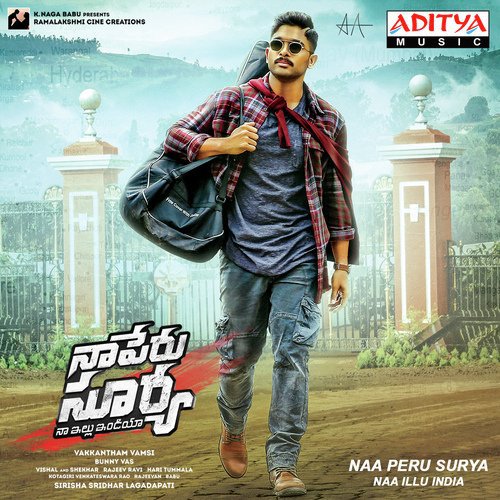 Naa Peru Surya, Naa Illu India is a Telugu action film released in 2018. The film was written and directed by Vakkantham Vamsi and this his debut film as a director. The movie was produced by Ramalakshmi Cine Creations. Main cast in movie are style star Allu Arjun, Arjun Sarja and Anu Emmanuel.